Congratulations to Calvin Tschritter of Ste. Anne Elementary and Caitlyn Horbaty of Bernie Wolfe School - our winners of the amazing Disney Vacations!

Easy as 1-2-3, presented by Recycle Everywhere, consists of three steps: pick up at least three pieces of litter every day; record and classify the litter; dispose of the litter properly by putting it in either a recycling bin or the garbage.

Over 1200 litter logs have been received from 67 schools and over 100 individual entrants from across Manitoba. The data will be logged into a database to track the most common types of litter.

Classroom prizes have already been awarded, and two students will win airfare, hotel and tickets for a four-day stay at Walt Disney World. The two winning students are unaware of their win, which is being presented today, so it should be a great surprise! The students hail from Ste. Anne Elementary in Ste. Anne, Manitoba and Bernie Wolfe Community School in Winnipeg, Manitoba. 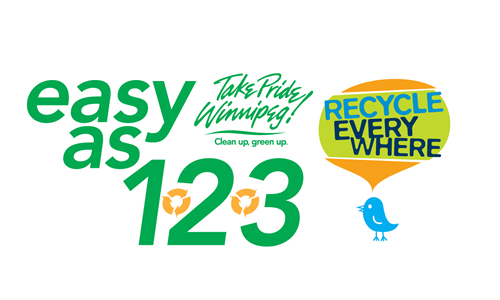